Throwing Boulders and Chipping Away at It 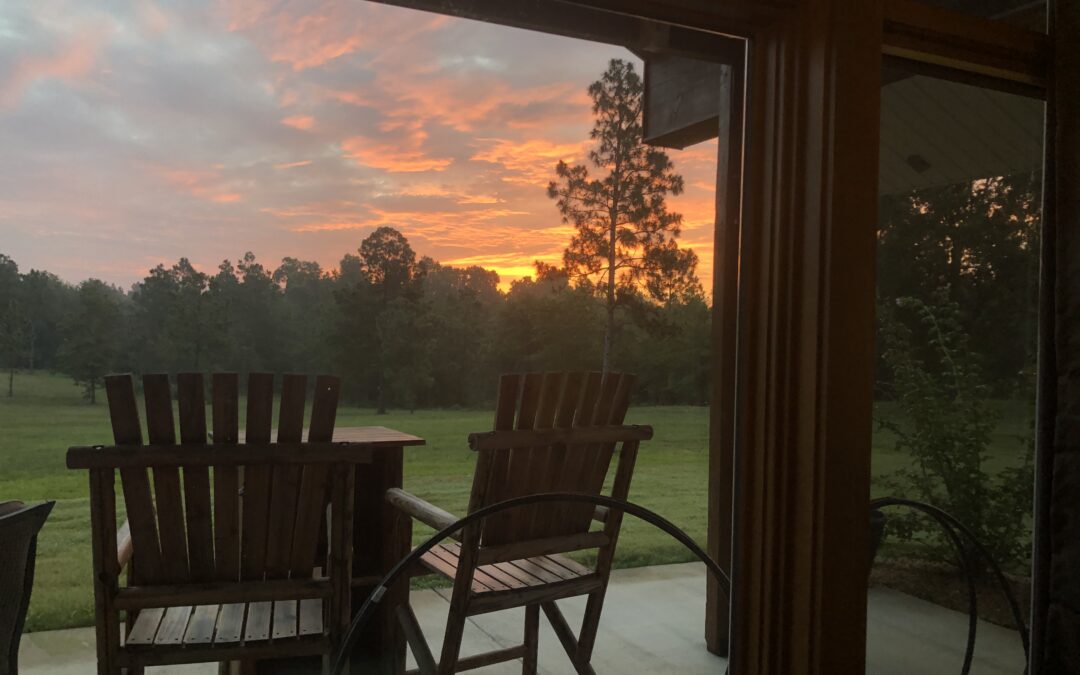 It was a few months ago, sitting in bed over coffee — right in the thick of so much change that it felt a bit like living in the eye of a hurricane — that I mentioned this study to Tom about the Holmes Rahe Stressor Scale. I was laughing.

I grabbed my phone, hit Google, and yep, there we were. Two people who had won the lottery of stressors. We stopped adding up our points because, frankly, we were just too busy.

For clarity, neither of us has been incarcerated.

According to this study, we were at a high risk of developing a stress-related disorder.

The irony was just how strangely content we both were boinging away in it. Those around us perhaps just a wee bit less comfortable. It was a lot happening fast by virtually any measure.

My friend Angie once wrote something about looking at your life as though it were a novel, and you were reading it as a disinterested third party. Having the curiosity and patience, as the plot twisted, to say to yourself – “I wonder what will happen next.”

Angie, thank you for that. I played that in my head dozens of times over the last few years. There has been a lot of page turning.

I think I knew the moment that I was absolutely certain my marriage could not go on.

I stood in the threshold of a door, my computer bag over my shoulder, again, leaving, again, unable to even be in my house, my beautiful house, because of the low-simmering rage, again. I was in the thick of another unsolvable argument, again.

I was running away. Again.

But this time I looked past my ex, out the windows of that house we shared, out over the orange and red leaves, the few, the proud, just barely hanging on before they too let go and fell, and I knew that very soon I would be giving up that life, that house, so many things I had come to hold dear.

I cried in a brand-new way that day, standing there.

And I walked out the door. Again.

This morning I sit in a new home, several states from New York, looking out at the sunrise from my couch, laptop fired up, tapping away.

[This is where I insert a corny metaphor about the sun rising again. Forgive me.]

Back at the farm, alone, I would take my coffee out on that covered porch I loved so dearly, and I would sit — gazing, planning, ruminating, mourning, figuring out what had to happen that day, what could wait.

I would remind myself, fiercely, that I needed to celebrate that day, that sunrise, that moment, because life was short. There was an urgency to it, an anxiety, a dread of the next chapter because, well, I was in the thick of something horrible, and at the same time, an idyllic freedom.

I suspect it was almost a year solo at the farm before it occurred to me, in a way that only the simplest of awakenings can be cataclysmic, that wherever I lived next would have sunrises.

Sunrises and windchimes and animals clamoring for breakfast and plants that needed tending, and birds that required feeding.

The day we drove off the farm, horse trailer and truck loaded with the creatures I held dear, I had pre-imagined the moment, looking back at all it had once meant, the tears I had shed over its impending loss.

But I forgot to look back.

We simply drove way. Looking forward. And as I recall, we were laughing.

I told Tom about the day my phone’s GPS magically decided the South Carolina house was my new home. There must be some crazy algorithm created by Apple to make that decision, but I got in the car and my phone guessed where I needed to be.

The phone was right.

This morning I woke up early, I often do, and Tom had asked yesterday what I wanted to do with my birthday. I said I wanted to repot some plants, do some more rose bush trimming – I’ve never had roses and so far, I haven’t killed them — straighten out my to-do lists after a week of travel, and eat Sahlen’s hot dogs for dinner, having driven some down south with a cooler full of you-can’t-get-this-Buffalo-food-down-there goodies a few weekends ago.

But when I woke up, I decided I wanted to write.

This isn’t the first I’ve written during this whole situation, but I’ve hesitated to hit publish on other stuff I’ve drafted. You’ll know why when I do, I suspect.

Some years ago, I blogged about Throwing Boulders. At the time I’d quit the AERC Board of Directors, I think, and it felt like a monumental change, a big life decision. This makes me smirk, given the last few years, but by golly, the message was spot-on.

Sometimes you do have to throw a boulder, or have one throw aside for you (or at you) to clear your path.

But most of life happens in the chipping-away way. Just a tap-tap of decisions, little things accomplished, and waking up in the morning (paraphrasing Brene Brown, poorly, and with apologies) telling yourself that whatever you accomplish that day, whatever you don’t, that you will, in fact, be enough.

Life is surprisingly simple that way.

Nela gives me a look through the window, whines once from the front patio, then settles on to Tom’s patio sofa, never having met a piece of furniture she doesn’t like. Rogi continues to watch over the horizon, ever the mindful farm dog. Little does he know house-shopping involved a non-negotiable litmus test; the new place had to be somewhere he could be content with his canine happy feet. Arthur wanders through, Fubar purrs from the back of the couch, where he likes to perch.

I’ll be riding again soon, competing, something set aside during a storm until my life was battened down.

More on that soon enough …

Today is the memorial for one of my dearest friends and I cannot be there, the second friend’s memorial I’ve missed in the last few weeks. It feels so un-Catholic to be missing these events, but I know both of these women well enough to know when to set aside Catholic guilt.

God, they were both passionate. Unflinching advocates. One more quiet, the other fierce. Loyal, dear friends.

I can almost hear them both, in different voices, and they are saying the same thing in wildly different ways. They both had, in a million ways, subtly and not subtly.

And with that, I think I heard Tom stir.

I’m two cups of coffee in, and going to publish my Shitty First Draft (thanks, Anne Lamott) because, well, imperfect is just fine.