The Struggle of When 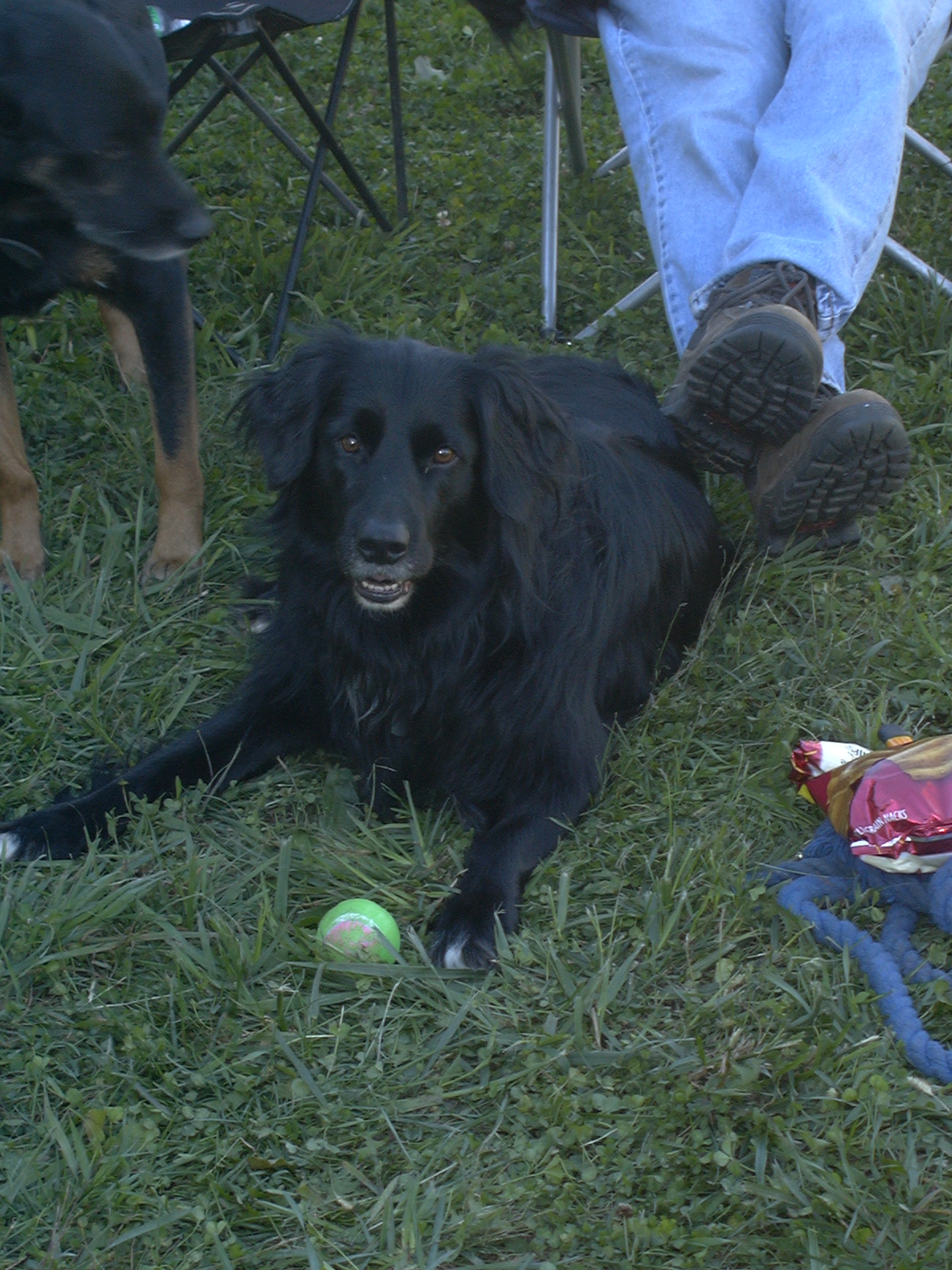 It would be foolish for me to lament this difficult time in my life by suggesting that it is unique, or that I am somehow special.

We’ve been blessed with dogs in our pack who have had long and healthy lives, but it also leaves us with heart-wrenching decisions as they decline and their bodies begin to fail.

Two years ago, we said goodbye to our seventeen year old, Zeke, and this year our Truly is sixteen.

For the last couple of years she’s had ‘episodes’ which we finally concluded were seizures when she had a couple that were undeniably of the grand mal variety. There is no terror worse than moving furniture out of the way as your beloved friend struggles involuntarily, stroking them and telling them everything is okay when in fact you’re terribly sure it’s not.

She is medicated now, but she sometimes struggles. Good days and not so good days.

She seems anxious, lots of panting, lots of pacing, lots of drinking from her bowl. She loses her balance and falls. Forget control of her bowels, sometimes she doesn’t even seem to know that she’s defecating.

I shook my finger at Rich. “I wouldn’t put you in the ground just because of a little bowel control issue.”

I try to laugh.

I remind myself that this is the greatest and most humbling gift when you love your pets, that you get to decide when the quality of life has shrunk away and the body has failed, to let go, to say goodbye. I tell other people this. I believe it so firmly that I bear it as a heavy weight on my shoulders.

When to say when.

She’s happy to see me, she eats pretty well, she skips around and up the step into the mud room. She watches me vigilantly as I feed the horses as she’s always done. She took off the other day, found something very smelly to roll in, and looked so proud of herself and her filth. I gently bathed her, she can be unsteady in our shower, and I don’t want her to fall on the hard tiles.

I’ve not slept a full night here at home in what seems forever. I imagine, childless though I am, that I have that Mom Instinct for sounds in the night. I hear her pant, I listen to her pace almost silently on the carpeted floor, I sense her in the bathroom and then hear her drinking. Again. I rub her head as she goes by my side of the bed on her laps around the room. She stops for a moment, comforted briefly, but not for long. She comes to me and lets out the softest almost-bark, too polite to bark out loud like her pack-mate Echo. She needs to go out.

We pad down the stairs, Echo joining us sometimes, sometimes steadily, sometimes landing in a heap on a landing, never complaining, ever. I let her out, I climb into the downstairs guest bed, waiting for a bark, asking to be let in.

Back up the stairs, more or less steadily, me gauging her condition in what seems like every moment.

Am I just sleep-deprived or tired of cleaning up geriatric-dog messes?

Is she panting more or less than she was last week?

I lie in bed, awake, I think about all of the adventures we’ve shared.

[Rich begging for one of the puppies he’d seen at the saw mill. Springer Spaniel and Border Collie and Black Lab mix. An unintentional breeding, no doubt. Me, caving in even though we already had three dogs, taking the last of the litter, relieved at not having to choose. My friend Anita saying to me, “Well you already have three, will you even notice a fourth?”

Naming her “Truly” because we decided we were Truly Insane.

Our amusement at how his puppy became my dog, and potty training and her first endurance ride, where she peed all over the front of me in the middle of the night as I carried her down the truck camper’s treacherous stairs. All because of my bad timing, groggily mumbling “go potty!” about a half a minute too soon. Buck Shrader loves to tell that story, and I love to hear it, every time.

A trip to Florida for an endurance ride, with an epic truck breakdown and then a furnace failure in the trailer in Pennsylvania, where I put on every layer of clothing I had, heaved her up into the gooseneck bed, and she kept me warm during an 18 degree night. She was always the best dog to sleep with, warm and soft and still, not all elbows and toenails and heavy breathing like her pack-mates.

Trail rides around the farm when she was young, when she was a ruthless woodchuck hunter, Rich thrilled and me horrified at the killer instinct of my otherwise sweet and gentle friend.

Truly being hugged and bathed and played with by my nieces, smack between two of them in age. She has always loved kids. Other female dogs, not so much.

Truly accompanying me on a road trip to do field safety meetings all over New York and Connecticut. How safe I felt when I took her out to pee before bed at the hotel and she growled menacingly at a man catching a smoke outside under the awning. How lovely it was when she sat at my (or was it on?) my feet as I conducted safety training at each field office, quiet and polite as could be, the guys insisting that I couldn’t leave her in the car even though it was a cool-ish day and she loved to sleep in the Subaru.

The damage she’s done left unaccompanied during thunderstorms. One screen window in the old house, the window by the dining table in the old trailer, the weather-stripping and windshield wipers and paint finish on the old Subaru, trying to get IN to it when a surprise storm came up and she was in the garage. The weatherstripping is still repaired with electrical tape. It’s on its last legs too.

Sixteen years is longer than many people stay married.]

More panting, I conclude, definitely more pacing, and in the middle of the night two nights ago, I returned to bed after the potty run, and cried. Big blubbering, unattractive, snotty, racking tears. “It’s time” I told Rich.

I’ve always been the Grim Reaper in this marriage.

And then I return from a long day out of town, made longer by my sleepless and teary night, made more stressful by hitting a deer on a rural road.

She is buoyant and demanding my attention when I return home. She doesn’t seem to know lately if I’ve been gone for an hour or five days. I pet her and she asks to go outside. She poops in the mudroom before she reaches the door.

I drink red wine and question it.