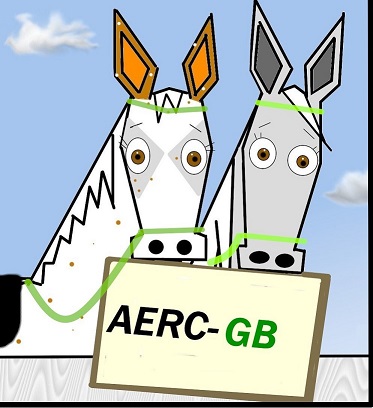 [Featured image by Jacke Reynolds, one of the Green Bean’s early leaders. Thank you.]

I’m the first to admit that I was primarily a sidelines spectator and cheerleader for the Green Bean movement in endurance riding.

Like most movements, it was started by a small group of motivated people who saw a gap and found a way to fill a need. It started with the term Green Bean, which came via the Pacific Northwest region and Sharalyn Hay, and then it spread and grew and evolved, changed course a time or two and continues to grow and evolve today.

(Note: As a witness more than a participant in the cause, I hope I will be forgiven any errors or omissions about its roots and its history! Be gentle with me, dear readers.)

In this case, the crusaders were a group of relatively new endurance riders who found that the world of social media was not always particularly kind and welcoming to prospective or sniffing-at-the-collective-water-tank endurance riders. For those of us who have been around for a while, well, we survived the hazing. The folks were around for Ridecamp in the ’90s probably still bear some bruises. The reality is that one could and should assume that a lot of folks interested in the sport found it unwelcoming and simply turned heel to head in another equestrian direction.

The Green Bean crew was determined to help new riders find their way to the sport and the endurance riding family so many of us know and love, to build a sense of community.

“How could we build strong social networks and create a safe haven for those green to the sport?” as Jacke Reynolds, who created the featured image on this blog, put it.

That’s when I became aware of the Green Beans. A Facebook page started, I jumped in when I could to try to help answer questions, remembering always the banner and philosophy at the top of the page — “You have your way, I have my way. As for the right way, the correct way and the only way … They do not exist.” This aligned nicely with my own endurance motto, which is “whatever works!”

I decided to create a local WNY Endurance Green Beans’ page after holding a couple of live Endurance 101 clinics at our farm, and locally here near Buffalo and in the NE Region, and I saw firsthand what an incredibly powerful idea it was. Local new folks meeting more experienced folks, sharing ideas, tack, conditioning rides, successes/failures/challenges, arriving at their first competition with familiar faces in the crowd, and a game plan for having a fun, safe day.

It became a competition for new riders, complete with scoreboards, points and prizes. Riders could participate in teams, with completions (not placements) accruing points, and getting Green Beans rooting on team members who they may only know virtually via email or Facebook.

As one might imagine, setting up the competition aspect took an extraordinary amount of time and energy, and the team at the helm of the movement has had changes over the years, but the mission remained the same — giving new riders a safe place to learn, to build a sense of community and to give them a chance to compete in a way that encourages education and a way to safely climb the steep learning curve to success in our sport.

What an extraordinary effort by folks just trying to make our sport better and volunteering their time and energy to make it happen!

About three years in, a new exciting milestone — AERC (American Endurance Ride Conference), the sanctioning organization for endurance riding in the USA and Canada, has made the Green Bean Program an officially sanctioned part of the sport. For the 2018 riding season (which actually begins on December 1, 2017), riders with fewer than 1,000 miles can sign up for Green Bean Endurance as well as their AERC membership and be eligible for Green Bean competition.

For more details on Green Bean Endurance, go to http://www.greenbeanendurance.org/

To sign up, you can find a paper registration form for AERC membership (which includes the Green Bean option) at: https://aerc.org/static/upload/MembershipHorseCurrent.pdf

There are many reasons that I am proud of our sport. Adoption of the Green Bean movement is a biggie. We are just getting started in bringing the Green Bean competition under the big AERC umbrella, but I couldn’t be more excited to see where this goes.