In Praise of Honest Horses 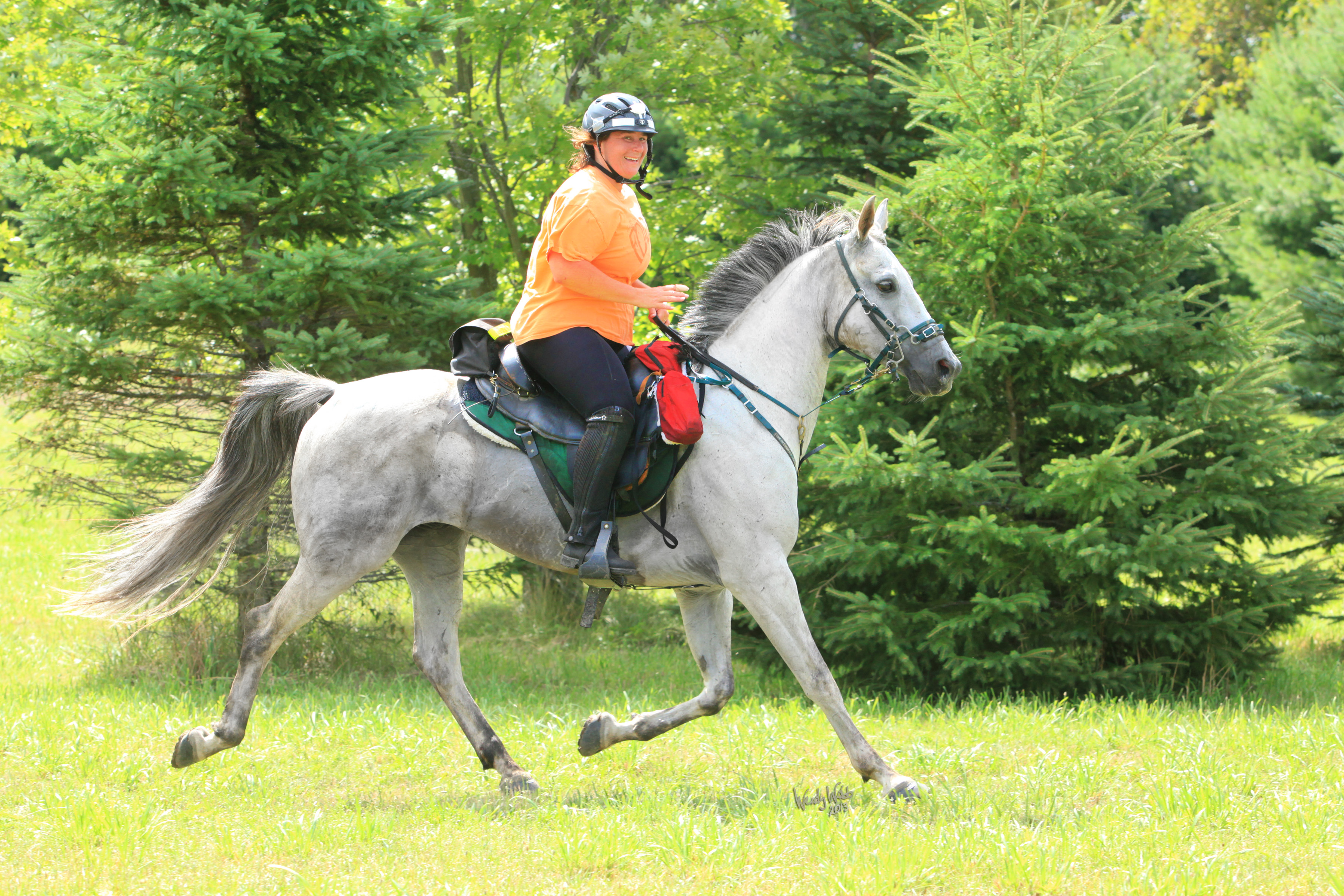 I’ve often said to riders in my Endurance 101 Clinics “beware the horse with more heart than brain.”

Endurance is a tough sport, even with a horse who has a clear sense of self-preservation and honesty to say “I’m tired” or “I hurt” or “I’m thirsty.”

Ace has always been both earnest and honest.

Someone once asked me if he was stoic. I laughed and then giggled, then snorted a little bit, then wiped away my tears and said “no.”

Years ago, due to the abject stupidity of the person typing presently, he got a rope burn on a Hi-Tie. Now, before you write to me and say “but rope burns HURT!” I realize that. Ace was suitably sore, but his suffering was epic.

Like any good owner, I wanted to goop it up, look at it, check the status of its healing in the days that followed. The moment I would look at his leg, no, I swear it is true, I would LOOK at the offending limb and Ace would lift it high in the air, and he would quiver all over. Even if he walked in to the barn perfectly sound and all I did was look, not touch, the wound, he would walk away in a crippled status. The histrionics from actually applying any topical would land us in soap opera drama territory. This went on for a long, long time.

I made an agreement with Ace. I would not look at his leg if he would not limp.

He was sound henceforth.

Ace slows down when he is tired, eats when he is hungry, drinks when he is thirsty, trembles when he is anxious (along with another several tics, including mouth yawing, piaffing and eye rolling) and he limps when he hurts.

During the rides that led me to seeking diagnosis for his off steps, he said “ouch.”

Once we made shoeing changes and provided joint support, he was sound once again and has stayed sound.

Last weekend’s Black Sheep Boogie was a real test for him, for us.

There was a ton of rain before the ride so we opted to ride the Limited Distance (25 mile) ride on Sunday when it was hopefully going to be a bit drier.

Sloppy, mucky, unstable footing is a worst case scenario for a horse who is iffy with ringbone. And that’s precisely how at least half of the miles could be described.

He never once felt off, took an odd step, before, immediately after or the day following the ride. He was up and bright and clearly unfazed by the entire challenge.

Whatever we are doing, it is working.

Are 100 mile rides in our future? Maybe not.

In the end, I am counting on Ace’s continued honesty, and if he tells me he is hurting, we’ll just say ‘no more.’ I take stewardship for this horse, all of our horses, very seriously.

Are we aiming for the Moonlight in Vermont 50 in three weeks with some judicious hill and heat conditioning between now and then, and a careful shoe reset?

Oh, and as we headed to this ride, I told several folks that I was testing my theory that horses do not lose appreciable conditioning for approximately six weeks if they are out of work. And those familiar with conditioning know that pulse recoveries are easy come, easy go, with muscular and hard tissue conditioning coming more slowly but also lingering longer. [There’s an Endurance News article I wrote called “The Fine Art of Rest” somewhere on this website if you want more details on the concept.]

Sure enough, Ace tackled the hills and seemed up to the challenge, but his heart rate recoveries, which are usually stellar, were a bit slower than his barnmate, Wynne. I am accustomed to his heart rate being below parameter by the time I’ve dismounted and loosened the girth but I actually had to, eeeek!, sponge him for both pulse checks at this ride. He’d lost a little ground in that department but held on to the rest.

So yep, I’ll continue to hold that theory.