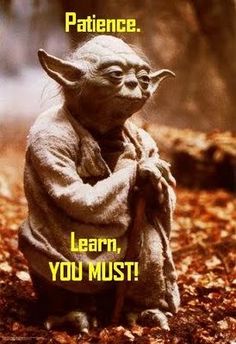 The individual who suggested the Yoda quote as I started to verbally wring my hands with worry will surely recognize himself.

Ace was diagnosed with high ringbone on May 18th. There are approximately 73 medical, nutritional, homeopathic, biomechanical and voodoo-esque things one can do to improve the chances of a 15 year old 100 mile horse’s return to the sport of endurance when he’s been given such a diagnosis.

Our checking account will attest to the fact that I’ve opted for about 44.

As of about three weeks ago, Ace, with new shoes (back to steel for stability and rim pads for concussion reduction) and various other therapies, is sound on a circle, sound up and down hills, sound at all three gaits.  Besides the shoes, we opted for:

Since horses are born and spend the rest of their life attempting to die, Ace also managed to have a snotty nose, cough and fever for a day or two just as he was ready to go back to work following the joint injection. I think it is a testament to growing older that I just shook my head and waited it out and took temperatures of the entire herd daily to make sure it was an isolated case of the feverishcoughingsnot virus. It was.

Sometimes you can tell that despite your best intentions, a plan is not meant to be. Vermont 100 was an unfair question to ask, given the circumstances, so I finally said aloud to several people that we wouldn’t be doing the 100 there this year. A flood of relief as I said the words aloud, and a sudden mental exhale, but also disappointment.

By giving up that short-term goal and focusing on my Ultimate Goal of a sound and happy and functional Ace (even if that function were to prudently be lightly trail-ridden retiree), I could pay attention to and do other things:

It’s a strange thing for me to be flirting with the month of July and not have even a 50 mile ride under my belt.

Ace is feeling great. I’m taking him to a ride this weekend to ride, hmm, perhaps the LD ride, or perhaps I’ll start the 50 with Richard (who is riding Wynne) and just take a Rider Option pull after a loop or two. I realize that I am testing my own widely-espoused theory that endurance horses with a solid base do not lose appreciable conditioning for six weeks. I promise to report back to the group, as Ace was fit as a fiddle and ready to rock and roll before a few consistently inconsistent off steps caused me to place him on the Injured Reserve squad in early May.

Yeah, sure, seven or eight weeks, or was it nine, but who is counting?

Anyone who knows me well knows that I will remove a horse with a Rider Option pull at the slightest hint that something is NQR (not quite right), and this upcoming ride is a conditioning ride to me. I’m absolutely pragmatic about Ace’s future, and if the therapies we’ve opted to try don’t seem to leave him comfortable and itching to go down the trail, he won’t be asked to do so. Period.

(As Angie McGhee said, at these times, it is best to step back and look at it like a tale being spun — “I can’t wait to see what happens next!”)

Ned gets ridden just enough to feed his ego and so that he can be whipped (perhaps literally) into the first string if I become so desperate.  Something I’m loathe to do; at 21 his heart is no longer in the game.

My husband has generously offered either of his horses to me to ride and compete, and that is not an offer I take lightly, so I suspect Ned will get to continue to enjoy his semi-retirement.

It ebbs, it flows.