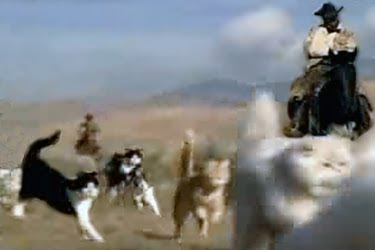 For a long time, I’ve been an Environmental Health and Safety (EH&S) consultant and trainer.

Employers come to me to help them solve issues in their workplaces related to risks to their employees that they cannot handle on their own — dangerous chemicals or confined spaces or working on machinery.

It’s the sort of business enterprise that teaches you to quickly size up an organization’s function (or dysfunction) so that you can find out where to fit in and assist, or in some rare cases, back away slowly and say “this is not the client for me.”

While it is not necessarily my circus, they may be assigning me a monkey to manage, so I’d better figure out how that circus functions.

AERC is both like and unlike the clients with whom I work.

Similar in that people are engaged in doing what they think is best for the organization. (I believe in my heart that most people, no matter how inept or dysfunctional, are not evil.)

Dissimilar in the fact that with the exception of a tiny office staff, AERC is a volunteer-driven organization, which means that what drives the people involved is their PASSION for our sport, or some aspect of it.

By their nature such organizations have a variety of players, and this can lead to some fascinating interactions. That is, if you’re observing in an anthropological kind of way, FTSOI, as my friend Anita says, “For The Science Of It.”

It can lead to some profound frustration if you are the unstoppable force (driven by passion) moving against an un-moveable object (driven by the same magnitude of vigor).

We have Fighters. These folks have opinions and are unafraid to share them. The internet and social media, in some cases, have provided an outlet for this past-time; in other cases, they save their passionate arguments for face-to-face encounters. They are like Rocky, motivated to win, or be understood, or right a wrong, or persuade others that their view/path/idea is correct. Some of these Fighters seem to thrive on discord and enjoy stirring the pot, and there is rarely a time where they follow the wise advice that “you don’t need to participate in every fight you’re invited to.” They’re wearing their brass knuckles and they’re not afraid to use them.

Then there are the Fixers. Thank heavens for the do-ers in AERC, the volunteers behind the scenes taking heart rates, putting address labels on boxes, clearing trails on their day off, crunching membership data, sanctioning the rides in their region as part of the BoD (making sure all of the rules get followed), vetting rides, sharing their knowledge at a clinic, managing a ride. They see a gap; they fill it. Without Fixers, organizations like ours would crash and burn.

We have many Spectators. They watch, they listen, they form conclusions, and many times they say little, even when asked. Most of the time if drawn into a discussion on a controversial topic they’ll say “Oh I just want to ride!” They show up to compete, they pay their dues, they follow the rules, but sometimes when you suggest a volunteer role, they clam up or head for ze hills, or are far “too busy.” Sometimes they have terrific ideas, but aren’t the sort to speak up; often they feel they are not qualified for some task or project, so don’t raise their hand to volunteer, but will happily turn into a Fixer if asked. A subset of the Spectators are the people who often have the best ideas for ‘someone else’ to do.

[As an aside, FTSOI, when someone comes to me with a great idea they came up with for me to do, I often try to recruit them to take a leadership role. This is generally a short conversation, not always, but often. Just my one-rat FTSOI experiment and its results. Conversely, when someone comes to me with a great idea for something that they would like to do (organize a clinic, manage a ride, try a 100, jumpstart a trail improvement project), they are often surprised how quickly and easily they’re encouraged to “go for it”  and how many resources there are out there to make it easier. And they do!]

Then there are the Eye Rollers. They hear what is going on, they critique, they make blanket statements about the organization (often unkind) or generalizations about various groups, often in absolutes peppered with “always” or “never” and plenty of “them” and “us.” In some cases, they are totally fed up and they just keep it to themselves. And many times they quit, sometimes with a flounce and a pout, or other times in the quietest of ways. They just go away.

Many of us wear one of these hats most of the time, or many of the hats in rapid succession, but we have some favorites depending on our mood, how often we are getting out to ride — FTSOI, if you are a member of the AERC Facebook Page or Members’ Forum or Ridecamp, count the Fighters when the country is engulfed in horrible weather — the state of affairs, our level of caffeine/alcohol consumption or, if you believe in that sort of thing, whether Mercury is in a state of retrograde.

Are there other roles? Of course, but those are the ones that stand out to me.

From the organization’s perspective, some of these roles are more productive than others. In good times, we have little discord, and with the right leadership and the right committee chairs and BoD members, we can make happy progress on many issues facing the organization quite seamlessly. During those times we have a lot of Fixers working on projects that leave them feeling good about their involvement with the organization, the Fighters are kept in check or medicated or absent or quiet because there is not much to fight about (détente, if you will), the Eye Rollers have been engaged in fixing the conundrum that had them rolling their eyes, and the Spectators are doing what they do best, quietly competing, collecting their miles, and “just riding” or where we are smart, asking them to help us in the way that suits their particular talents.

If you want to be on the Board of Directors, you’d best have some fairly thick skin, because you’ll be subjected, likely, to some shrapnel from the Fighters, which means that we sometimes end up losing some real Fixers. Not everyone likes to be around Fighters. My experience has led me to believe that if you can engage an Eye Roller, and turn them into a Fixer, you’re on the right track, but it’s not always easy.

A couple of decades ago, in my first managerial role, my boss encouraged me to ask the most curmudgeonly of our Teamster drivers to be on our Joint Safety Committee. You must understand that the concept of “most curmudgeonly” is an almost epic term because the base level of curmudgeonliness was pretty high in that crew of drivers.

My wise boss suspected what I pretty quickly learned.

The reason Fred was such a grump was because he was a Fixer not given an opportunity to “fix” obvious problems that he saw, pointed out and had a solution to, and that’s when he became a Fighter. When fighting got him nowhere, he stood on the sidelines as an Eye Roller. All Fred really needed was someone to listen to him, pick his best idea, and give him the authority to go and Do something about it. He turned into a tremendous Fixer and one of the best champions for our safety process.

My involvement with the AERC organization as more than a Spectator began about a decade ago. It has been quite a road, watching the dynamics, seeing the organization face several crossroads with more or less functionality. Our leadership volunteers to try to steer that ship in the right direction while facing a great deal of criticism and we all have a part to play, and a decision to make, on any given day, whether our role will be that of Fighter, Fixer, Spectator or Eye Roller.

Having never attempted to herd cats in a literal way, I can only imagine that there are more or less gentle and effective ways of doing so. I’m sure our BoD and Committee Chairs would agree that this is true.

I have been a part of no organization where it has been easier to take a good idea, and if you are a Fixer, present it to the BoD in an organized way (through a “motion” typically as part of a Committee), and to work on fixing an issue that has turned you into a Fighter, or even an Eye Roller.

Our cat herders are a supportive sort, as a general rule, when a ‘fix’ has consensus as being a good one for the organization. (And yes, sometimes suggested ‘fixes’ don’t have that sort of universal support; it happens.)

But if you, as a cat, are going in the right direction, a lot of times the AERC cat herders are just happy to follow.

AERC is a volunteer-driven organization.

Where do you fit in?

Or to twist the words of JFK … Ask not what AERC can do for you, but what you can do for AERC!