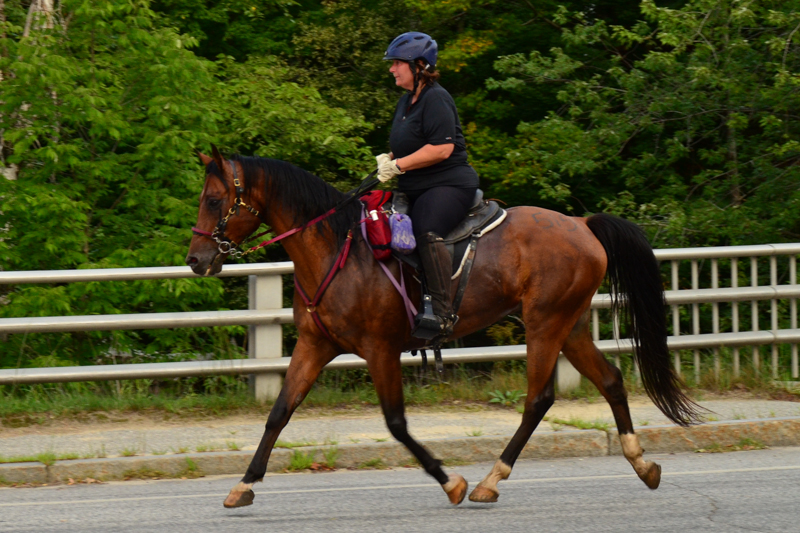 Life is a journey with almost limitless detours. (Ken Poirot)

This has been an unusual endurance season for me.

It started with a fairly abrupt end to any official involvement with the AERC organization. I dare you to find any non-profit, volunteer-driven organization that is without dysfunction, but the foibles and the characters within it were triggering my own shortcomings. I needed out.

This left me to focus on re-finding my mojo for 100-mile rides. I was just on the cusp of grasping, a ride in my sights, when my 100-mile horse, Ace, took a few wrong steps on a conditioning ride. Once, then again. Diagnostics. Ringbone. A month or two of clinging to the hope of a fairly simple fix, some shoeing changes, some joint support in the form of pharmaceuticals and a sad realization that it was not to be. It was too much to ask. I often spend a good deal of time worrying about imagined ‘off’ steps on perfectly sound horses; to ask one who might actually limp, whose retirement might be less comfortable, to carry me to some ego-induced goal? No. Just no.

My husband’s new horse was a bright and sparkly distraction from my disappointment. So much potential, some training and tack issues to resolve. Wynne and I kicked off Memorial Day weekend with a conditioning ride that started with me smugly “fixing” what I perceived as the holes in his training; it finished with a rough fall and a concussion when I pushed him past his tipping point.

Needless to say, I began to question my own competence, something I do on a regular basis on a good day, and found solace in Ned, my senior citizen and long-time competition partner. I told my husband that I thought I could get Ned fit if only I could find a way to sneak a work ethic back into him without him realizing it had. And if I knew Ned (and I do) it would involve more horse cookies and scritches than a whip or spurs.

In the middle of this, we of course managed to bring a little virus home from a ride, a cough/fever type, which made its way one horse at a time through our entire herd. Even Ned, who seemed too stubborn to fall ill, finally succumbed.

It put the kibosh on Ace’s rehab, my stealthy plot to get Ned legged up, my return to the saddle with Wynne to balance my pompous desire to rehabilitate him with my fear that I could not stop him if the going got rough, and worst of all, my husband’s plan to ride the Vermont 100 with Sarge. He spiked a fever and gently coughed just once the morning we were set to load him into the trailer, all packed up and running in the driveway. Just like that, trip aborted.

I recently posted this cartoon or some variation of it to the Endurance Green Bean site: It is the moments at the depth of those valleys where you have to do whatever it is that brings you comfort: time with a dear friend who says “there, there, little bear!” or finding your solace in the bottom of a pint of ice cream or a bottle of good (or bad) red wine. Maybe a blubbering cry in your horse’s mane.

But it is the moments after that where the resourceful find their way. When you part ways with your friend, when the tears are dry, or when you’re tossing that bottle in the recycling bin, what happens after that?

For Richard and I, we plugged on. We discussed Plan B, or was it Plan J at this point? We waited for the virus to pass, we selected the next ride, we found a Myler bit for Wynne that provided a means for stopping even when he felt compliance with that request might be optional, we shook our heads and pulled Ace’s shoes and turned him out to pasture. We put Wynne back in the ancient Bob Marshall saddle we both despise but which he apparently loves. We signed up for a dressage lesson to tune us up. I found a way to dressage school Ned and hack him out on the property up and down our hills on new and unexplored trails that involved enough peppermints and apples to help him find a bit of fun in the fact that All Play And No Work Might Not Be Ned’s Future.

Richard babysat me and Wynne through the first 30 miles of Coates Creek 50 in Ontario, where I called it quits while we were all still friends with all As and having tested the brakes quite successfully. Rich and Sarge enjoyed having the training wheels removed, moving up from 9th to 6th on the last two loops, a bit of a consolation prize for having missed Vermont.

We headed to Maine for the Jack Family’s Northeast Challenge, and Wynne and I quite accidentally won the 50-mile ride. We had no idea what place we were in (or I didn’t anyway), focusing on Wynne’s training and his compliance when confronted by horse traffic. I went so far as to turn him BACK on the trail of the second loop for a quarter of a mile or so when he got a wee bit too strong so we (meaning “I”) could gather my bearings, re-don my gloves, review my resolve to sit deep and keep my elbows to myself while he fought or acquiesced or stewed in protest until the light bulb came on. We were both in a much better frame of mind when we passed the horses after that, and while that win and the Best Condition that followed it were sweet, indeed, I was most proud of how much we enjoyed one another and how much Wynne grew up during that 50 miles. 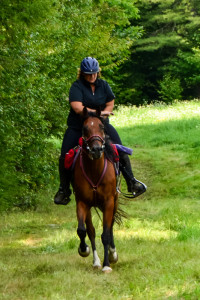 Since there has never before been or likely will never be a photo of me crossing a finish line in first place, here you go! This was just a “wahoo, we’re done!” pat. It was only a minute or two later that I learned that we’d won. I’d have smiled bigger and sat up more nicely had I known. (Photo by Clowater Art.)

In an epic feat that we shall almost certainly never repeat, Richard and Sarge quite handily won the 100-mile ride, Sarge making it look so easy and effortless that we sometimes wonder if he is a mortal being. He likewise won Best Condition, looking quite like he’d done nothing the day before. 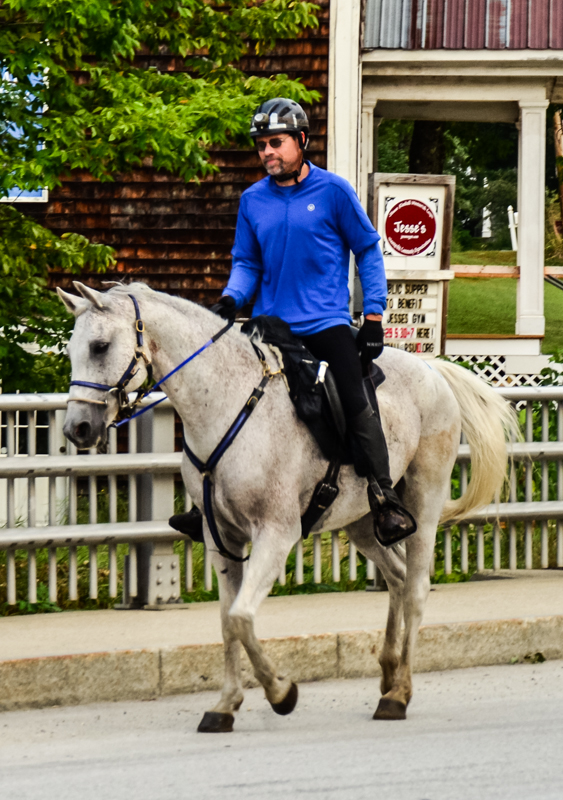 Sarge and Richard on their way to winning the Northeast Challenge 100. (Photo by Clowater Art.)

I joked with friends who congratulated our sweep that we were contemplating quitting the sport altogether, knowing we could never repeat such a stellar weekend.

It is darkest just before the dawn.

And Ned, dear sweet and opinionated Ned, last weekend finished the 35+ mile Limited Distance ride at the Hector Half Hundred. He was alternately spunky and spooky and lazy and cantankerous. His physical fitness was of no issue; his work ethic was somewhat dubious. Could he quite handily finish a 50-mile ride? He could, no question. The question is whether it shows respect to all he has done to make the query? 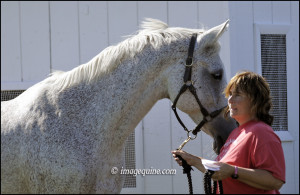 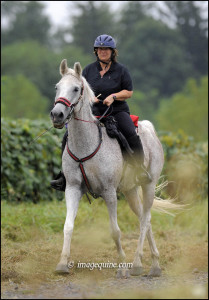 Choices and introspection. Reflection and action. The ability to change course and accept reality and find our truth in the decisions that we make from there, without regret.

This sport has taught me so very much, buckets full of hard lessons, often accompanied by tears or bruises or an ego that was not only deflated but smashed to smithereens.

There is the reason they call it “endurance.” Every one of those moments leads to a new path rather than a closed door or a taxi home to “I quit.”

We are precisely where we belong on this convoluted path.