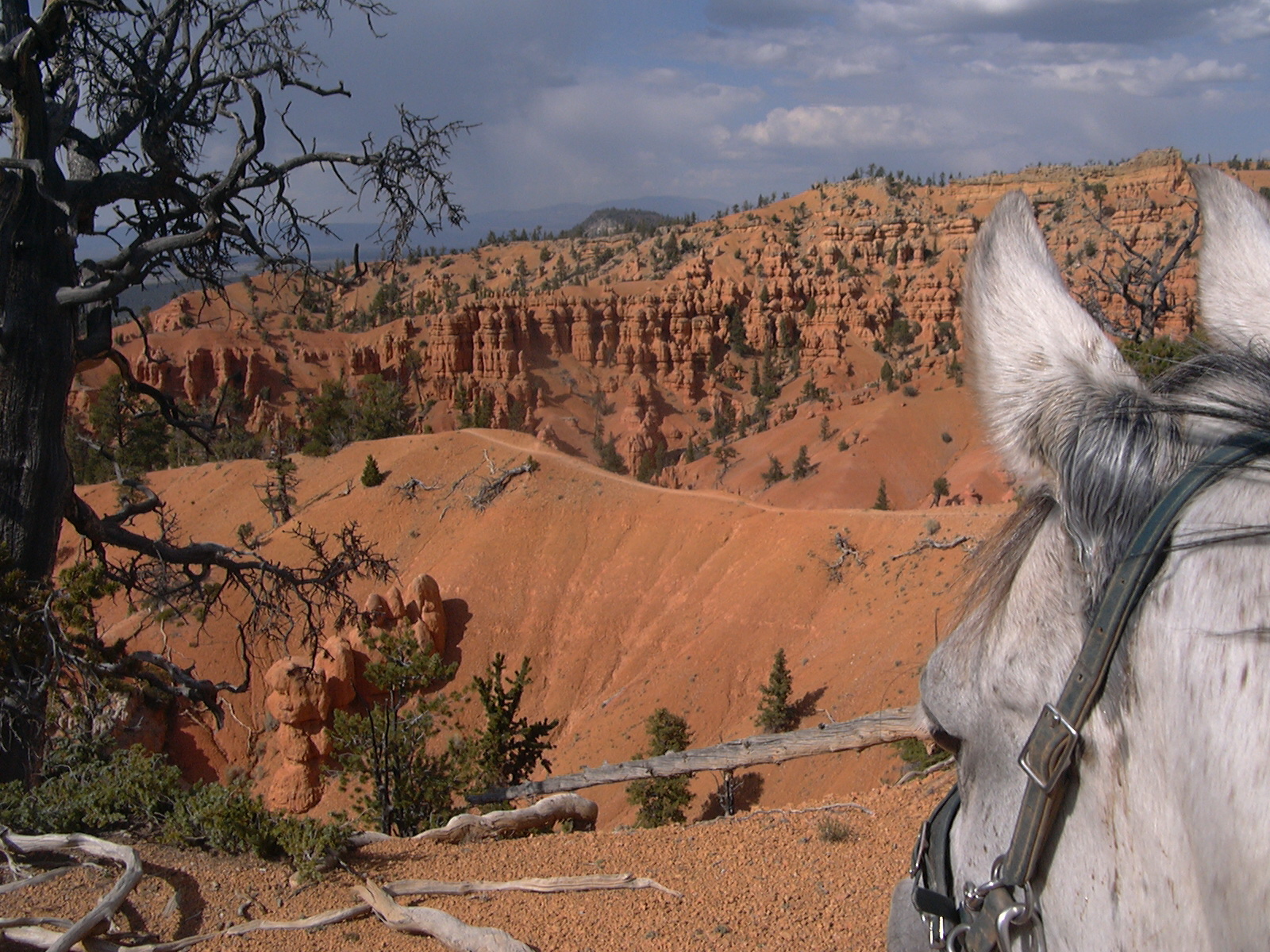 As I type this, I’m at home rather than at the Moonlight in Vermont ride. This is the first time in many years that I’ve not been there, riding or crewing, but mostly riding. Tomorrow is also my birthday, an event that I typically prefer be ignored but it is strange to know I will spend it not prepping for, participating in, or dealing with the residuum of the Vermont ride.

A suspicious cough going through the barn and an elevated temperature ruined our plans at the very last minute.

When I was in high school, I took my first creative writing course. Miss Weisbeck taught us about the structure of story-telling, something I’d never actually considered despite being a rabid reader.

But the role of the denouement in literature is not hard to comprehend and, once you understand it’s definition, you’ll be to spot it quite easily in most novels. The denouement is the final outcome of the story, generally occurring after the climax of the plot.

I loved the word, the way it sounded as it warbled from Miss Weisbeck’s mouth, but also the whole concept of wrapping up a story, bringing it to a sudden or neatly complex and gradual conclusion.

Everyone has a story.

Even though I’ve had many horses over the years, life circumstances meant I have never actually retired a horse, or had one suffer a career-ending injury.

It turns out that writing the denouement for an endurance horse can be a complicated deal.

I have two horses of my own, so different and special, and each in the twilight of their pilgrimage in our sport.

Ace, at 15, was recently diagnosed with ringbone. Some shoeing changes and joint support allowed us to handily complete a tough and muddy Limited Distance ride a few weeks ago, but he was off again on a circle after a short conditioning ride at home. A few more shoe/trim changes, including a wedge pad and a bar shoe, and he’s sound once again.

I find I’m nearly afraid to ride him.

I am apprehensive that he will be off again, and that I will have to contemplate a hard stop to his competition career. That is hardly a tragedy; he can live a happy and comfortable life as a retiree, open to anti-inflammatories as needed, no longer subject to a medication-free life of competition.

It is in these moments that I chide myself, my ego, my goals, my utterly selfish status as a flawed human creature. You see, Ace is only two seasons away from his Decade Team status, the pinnacle in my eyes for success in our sport. He already became a 100-mile horse, so he passed my other personal litmus test. Only two 50-mile rides, one this season, one next, stand between us and that Decade Team destination.

When I hear riders talk about their horses “deserving” to get to 3000 miles, or some other goal, I admit it, I roll my eyes.

Our horses, regardless of WiFi capabilities in our barn, are not checking their records on the AERC website. They are not eagerly awaiting their photo in Endurance News.

Horses, like all animals in our stewardship, deserve good care, reasonable and well-prepared questions asked of their athletic talent; they are not, other than the joy of the activity and its associated attention, ambitious with regard to a numeric target. Humans are.

I would like to think I am above all that. I am not.

That Decade Team thing itches at the recesses of my brain when I think of Ace.

Would it make me ask a question of him that would cause him pain or cross the line of impeccable stewardship, some decision which I would be ashamed to think about later on? I don’t think so. But I am acutely aware of my imperfect human ego lurking about, and am checking in with my Inner Horsewoman on a frequent basis.

Ace is up to it. He seeks me out, nickering, he happily asks to be haltered. He is sweet and kind and while he has a joint that may say ‘no more’ his heart is happy to head down that trail. The joint, of course, will have the final say.

Ace’s story is still playing out, full of mysteries and what I hope is a quietly successful conclusion. One day, one ride at a time, the story spilling out as we go along, hoping upon wishes and conservative decisions that show the questions were fair and the answers were easy to come by.

A happy ending, if you will.

And then there is Ned.

It seems there is always Ned.

Distractions and surgeries (his and Richard’s), and Ace’s competition success (I was so spoiled by those uneventful years, those blissfully sound rides) meant Ned has had three or four seasons of near-retirement status.

Sure, I’d ride from time to time. I’d get him “almost fit.” He even went to a Limited Distance ride late last autumn, and enjoyed every minute of it.

But Ned has been off the payroll. He’s been on the unemployment dole and he rather likes it. He’s sound, which is no small feat given his age, his conformation (far from perfect) and the hard miles he did over his twenty-one years.

His work ethic has always been somewhat dubious.

But I’m not afraid of hurting him. No, not at all. He would be the last creature on the planet to allow it.

I keep wondering why, exactly, he is retired.

My mission for him is this–

I am sneaking up on him slowly and with great affection, trying to ease him back on to the payroll, keeping it light and fun and tricking him (as though Ned were capable of being tricked) into a state of fitness again. If he’ll have it.

Our relationship is the best it’s ever been. With no real “goals” in either endurance or dressage, I find myself in the healthiest place, mentally, to ride what can be a difficult horse.

Ned hates to be nagged, like any good man. He is irritated by a leg or a hand that keeps askingaskingasking; it has only taken me the better part of two decades to learn that.

I have found that when I am schooling him in the ring, he needs a long leisurely-walking warm up. A horse whose walk can best be compared to the Imperial Walker from Star Wars (even in his youth) needs a little time to warm up his ample 16+ hand-ish self. 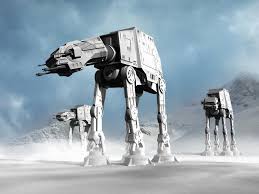 But once that stroll has lubricated (to some degree) his parts, he’s demoralized by an endless trotting 20m circle to loosen up (which is precisely the comfort that Ace seeks for his busy, earnest, anxiety-ridden brain). Better to move on to crisply requested transitions, fairly rapid-fire, both so that I ride better and so that I engage his brain sooner.

It is as though he is saying to me, “Listen lady, I’ve been around the block. Let’s get on with it and dance. I could die any day now.”

On the trail, I have to restrain myself from nudging him along. Today we ambled along, walking, up and down our big hills, he would ebb and he would surge along, and it is too soon and it is foolish to demand anything else. He owes me nothing. He will say no. He will balk. The way to this horse’s body is through his sizeable and wiseacre ego. As the fitness comes, as the steady work rolls in, always with treats and laughter and a gentle hand and did I say treats yet?, so will the MPH, and so will the miles.

He’s just a tiny bit smarter than me, and he’s not done training me yet.

[How did he know, today, as we rode on the trails, that the apples are back? For months on end, the apple trees are bare, or have produced only the tiniest little nubs. But today he strode boldly up to each tree in the orchard, stopped and waited as I picked apples for him. Likewise at the top of our hill, his stride amplified, his ears pricked, and he sidled to the shoulder. Ned Brakes For Apples.]

He makes me laugh. It’s rather like falling in love all over again.

I can almost see the ‘happily ever after’ in the closing words.

He lets me fuss over him as I un-tack him, straightening his forelock, giving him a good going over with a brush, something he appeared to tolerate when he was younger, preferring, it seemed to be left alone.

As always it is the human’s challenge in speaking ‘horse.’ Not the horse’s failing. My relationship with every horse I’ve known proves that.

What horseman was it who said, paraphrasing, “we do our best to ruin each horse a little less?”

It is my mission, with these two, to ruin them hardly at all.