“Dangerous at both ends and crafty in the middle … “ 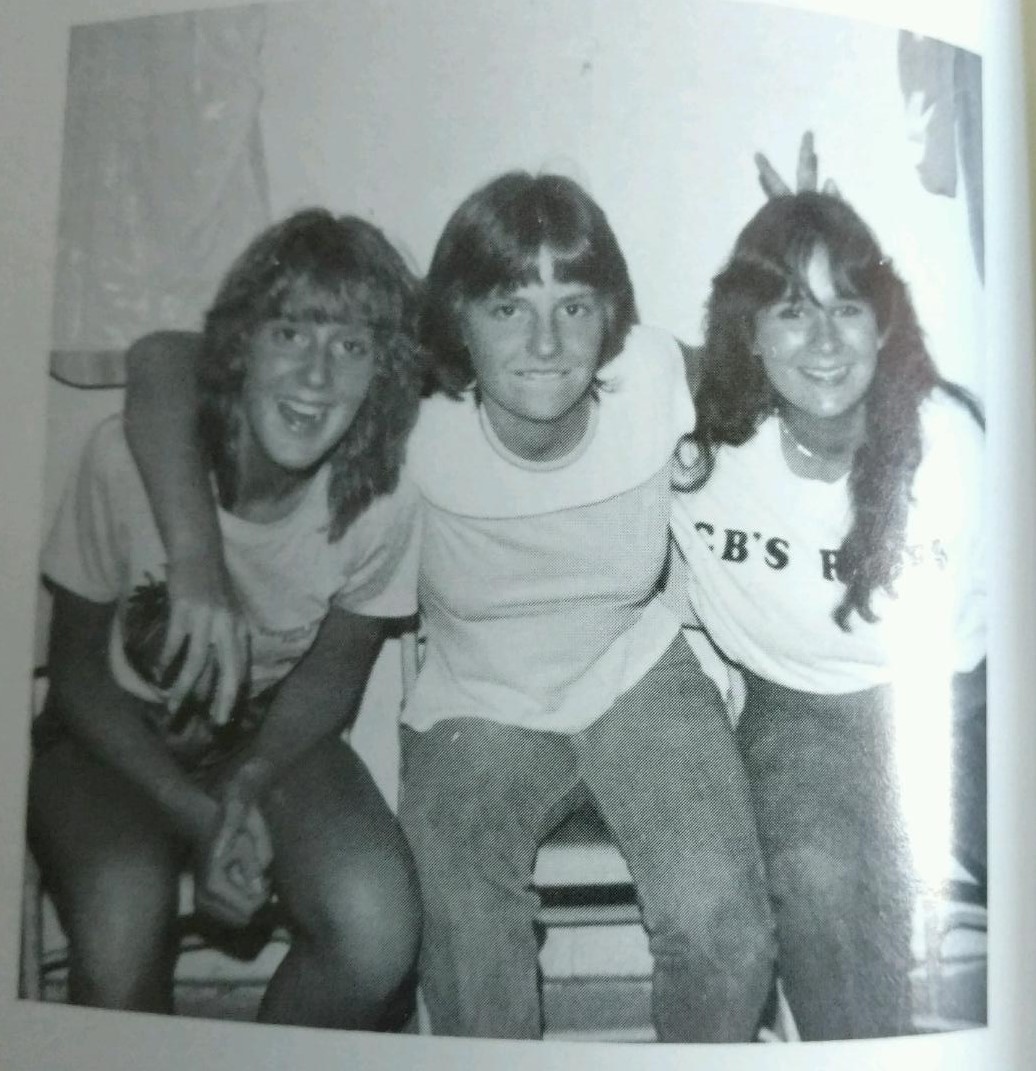 Yesterday as I had lunch with my BFF, we started discussing high school teachers and –alarmingly badly, I might add– attempted to recall our cast of characters by subject and year. I lamented using Cliff’s Notes rather than actually reading the classics we were assigned and tried to remember details about various coaches and teachers and classmates.

We decided the exercise needed to be transformed into a vacation drinking game complete with questions drawn out of a bowl, and the ability to determine right/wrong answers by packing and fact-checking on the spot in a couple of our yearbooks.

This conversation was a little uncomfortable for me, not only because my memory is lousy and I was embarrassed that Anita had to remember MY high school sophomore English teacher (and I’m still dubious that I spent nine months in her classroom), but because I had my leg propped up on the booth bench.

I’ve remained fairly mum on the injury because as Julie Suhr’s book so aptly puts it — … But It Wasn’t The Horse’s Fault!  (Lovely book, which you’ll read while nodding your head vehemently if you’re part of our tribe. Available at marinerapublishing.com) 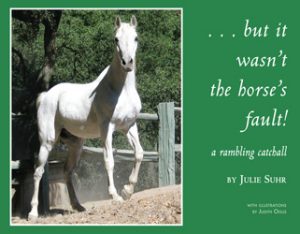 Last weekend we were up in Maine at the Northeast Challenge with Richard riding Wynne in the big bay’s first hundred. I was crewing, a job I love.

At the ten mile stop and go, the first official stop of the day, Wynne was still wound up. He’s a powerful guy, sensitive, and a bit too competitive for his own good. Richard had managed to keep him toward the back of the pack but not without some fairly unpleasant discussions.

So Wynne was wound, Richard was re-considering the wisdom of riding him through the day and into the night, and I was trying to make sure everyone and everything got checked off my to-do list in that brief ten minute window of time.

As all of this was happening, another horse had a wound-up moment as well, his hind interference boot slipping down to his pastern, he stomped and kicked in protest some distance away. Wynne watched. Richard, holding him, watched. I ticked off the mental checklist of items left to do with only three minutes of the hold time remaining. “Desitin pasterns. Electrolyte horse.”

So without warning Wynne, without sliding my hand down his hip to his hock to let him know my intention, breaking every Pony Club safety rule beaten into my gray matter, I bent down to goop his left hind pastern with Desitin ointment.

He kicked me. I flew backward and of course my first words upon hitting the ground were, “I’m okay.” But he got me good, right in the knee.

I don’t really think anyone saw precisely what happened but our friend and fellow crew Russlyn was there in a flash, encouraging me to stay seated for a moment (good idea!), and then helped me up. I remember looking at her and thinking “Boy, I hope you’re sturdy!” And she was. My knee held me up, I was able to hobble around, I applied Desitin to each of Wynne’s pasterns from the opposite side, got electrolytes into him and that was that.

Long story short, my day was filled with ibuprofen and careful movements in and out of the truck and I ended up crewing until 2 a.m. I do admit to talking Melissa into trotting Wynne out at each of the vet checks. My favorite mystery is the bruise above my eyebrow; I can only speculate that perhaps I walloped myself with the Desitin tube?

It was only the pain and swelling in my knee and my epic “cankle” (google it) the next day that made me decide I’d hit the orthopedic urgent care once we got home.

X-rays and a CT scan and looks like I fractured my tibial plateau, the top of your shin bone where your femur glides as part of your knee joint. Patella (knee cap) okay and ligaments appear stable. The PA showed me the x-rays and pointed out the significant arthritis in my left knee. What arthritis? I feel pretty good! Or I did anyway …

Good news is that it appears to be non-surgical, so I guess those little gems of calcified goodness (i.e. bone chips) will just float around ad infinitum.

Ice, elevation, an immobilization brace which becomes an unfashionable leg warmer within three strides of walking. Three to four weeks of limited activity. And absolutely not, non-negotiable, I was not going to be able to ride Sarge in a 55 mile endurance ride at Hector the following weekend.

So there have been upsides and downsides to time spent with my foot higher than my heart. All caught up on my DVRed guilty pleasure television shows. Got some administrative tasks done for work that I’d been procrastinating on with great resolve. Caught up on some correspondence; have had time to think about some projects.

But there’s the flip coin of “what if” time.

What if he’d kicked me in the face? 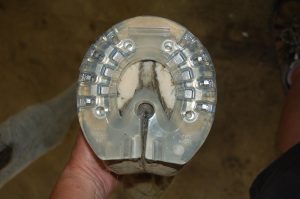 I’m middle-aged now, not much longer before I start getting those promotional items from AARP, and when I glance at that photo of my fearless young self, I envy that girl.

She never wondered what would happen if she took a hard fall helmetless. She never considered a loss of income if she was unable to work from an injury. Heck, that photo was taken at the Erie County Fair, where our folks dropped us off with our horses, our clothes, a few coolers of food and sleeping bags at the beginning of the week, and we moved in to a tack room (also occupied by rodents), showing and doing stupid teenaged things. Fearless.

When I shook my head and shared my ‘what ifs’ with Richard about a kick to the face, his advice was sage and brief as always.

There’s more joy than trepidation in my future. I want to gallop down a trail again, full bore, giddy at the thrill of it, not wondering about the possibilities of a fall.

Sure, with age comes wisdom, and I suspect I’ll make wiser choices in my future than I have in my past, but …

I want to be able to look back at photos of my present me many, many years from now, doing great and foolish and daring things, and admire how carefree I was.

What’s that quote I like so much from Hunter S. Thompson?

“Life should not be a journey to the grave with the intention of arriving safely in a pretty and well-preserved body, but rather to skid in broadside in a cloud of smoke, thoroughly used up, totally worn out, and loudly proclaiming “Wow! What a RIDE!”

With a little Desitin in your hair and a mystery bruise over your eyebrow.