CREWING 100s! The Next Best Thing to Riding … 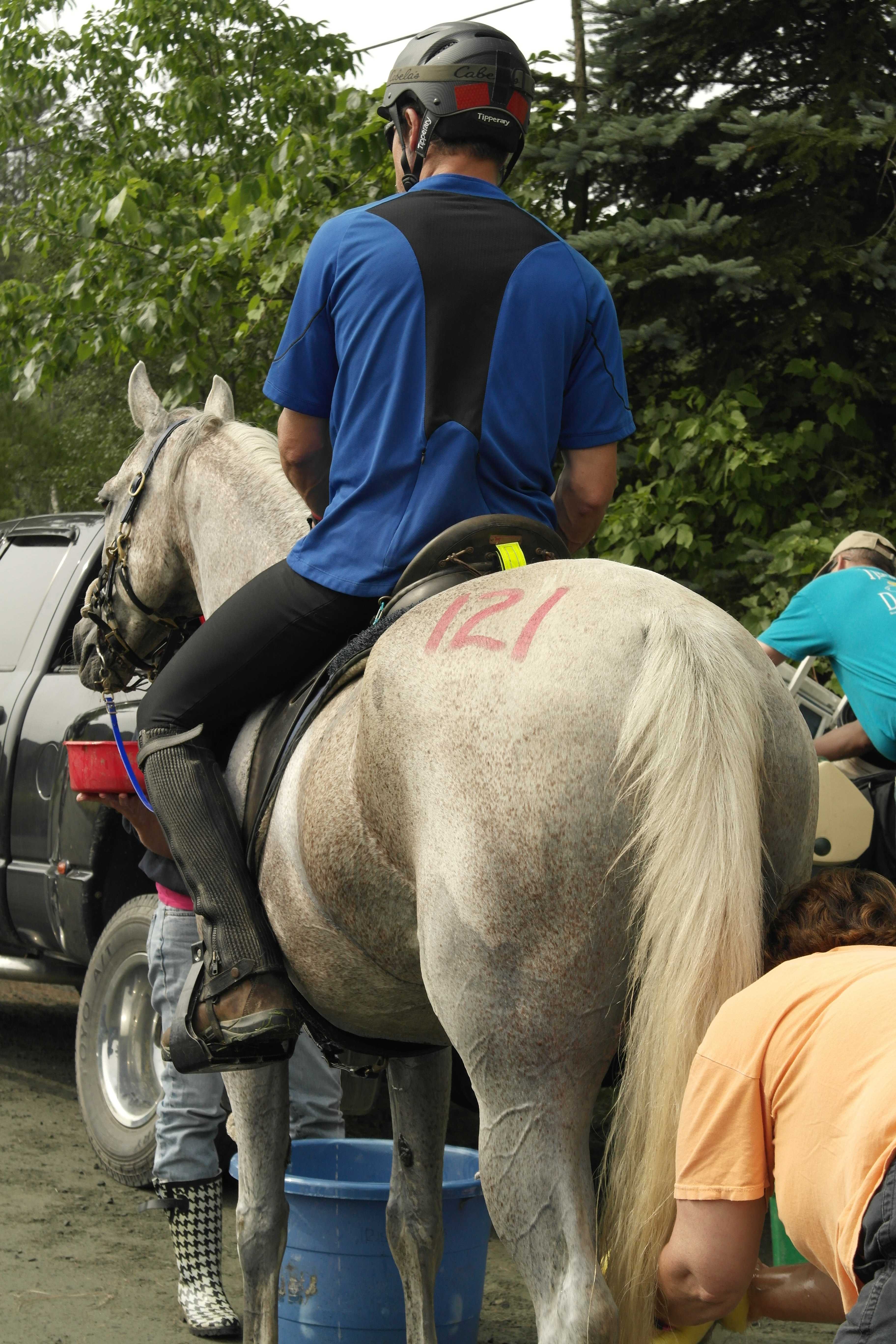 There is no question that the best part of 100s is riding them.

Or more honestly, the BEST thing is talking about having ridden a hundred a few days after having successfully done so, when you’ve caught up on sleep and have triumphed over two massive hurdles — forward stair descent and lowering-self-onto-toilet-seat-without-illegal-use-of-hands.

But the next best thing is crewing, for sure.

Last year I crewed my husband and Sarge through the VT 100, their first 100, with the unfailing help of Rich’s sister, Kathy, and brother in law, Fred. Last month, it was the Biltmore 75, and I crewed (mostly) solo. Next weekend, the plan is to crew them both through the Old Dominion 100.

Hundreds hold appeal to different people for different reasons, but for me, one of the great attractions is the Rubik’s Cube brain-occupation of preparing, considering ‘what ifs’, planning and executing that plan. I have an obsessively busy brain and with 100 miles of trail to contemplate, there’s much to keep a mind occupied.

To crew for 100 means the same obsessive level of attention to detail without the actual saddle time.

It means making lists, checking them twice, considering potential shoe losses and tack changes and things that could break, human and equine metabolic functions that could go awry, packing the items that could correct that mishap and enjoying the fact that it allows you to buy all sorts of sample-size pharmaceuticals for the RIDER.

For each 100, I replace outdated meds and leave the cashier at Wegmans stymied as to what physical ailment has left me in need of anti-diarrheal, sleep motion, and seven different skin protective products, including three types of sunblock.

It means checking batteries that may have gone awry in flashlights and headlamps, particularly if they were left in a cold, damp horse trailer through the winter, and contemplating what food or beverage might hit the spot for a rider who is feeling a little low at 63 or 84 or 92 miles and what sneaky yummy thing might sound heavenly to the weary crew person when they leave that hold.

Over the years we’ve found little tricks that have worked for us, not because of some genius of our own, but because we like to steal good ideas from others:

I’ll think of dozens of other tricks or stuff I pack the moment I publish this blog, but really, it’s all about anticipating the needs of the horse, the rider, giving them a REAL chance to rest, relax and re-charge for the maximum time each time you see them and to be ready for ANYTHING with regard to “stuff challenges.”

Spare stirrup, I got it. Two different girths, yep, those too. Pad change? Of course! Hell, if the second saddle we know fits will squeeze in there, we’ll have that too. Lots and lots of Velcro straps and latigo strings and shoes/EasyBoots/interference boots and our shoeing kit so Rich can tack on a shoe if he has to. This stuff gets buried deep down in the truck but if someone needs it, it can be dug out during the course of the hold.

NOTE: I must admit that excavation of the I’m-sure-we-won’t-need-this-but-I’ll-pack-it-anyway-items ruins any sense of order for the rest of the ride. During a short hold, it means stuff flies EVERYWHERE in the vehicle and often it stays exactly where it landed until morning-after-100 crew truck cleanout time. But you’ll still be a hero for having packed it!

Anyone who knows me knows that I believe I am heartily connected to my Polish roots, which means that I can fuss after and feed and clean anything in my midst when so motivated.  Then clean up, regroup and do it again. (As long as it’s not my office.)

I was born to crew.

And when they cross that finish line, and they will, I’ll cry (again) nearly as hard as I do when I ride across it myself.

It’s the next best thing to doing it yourself.  Which I will do. Again. I promise.

And at some point, I’ll lick my index finger, draw a little hash mark in the air and think “oh yeah, he owes me!”