Contemplating the Realities of 50 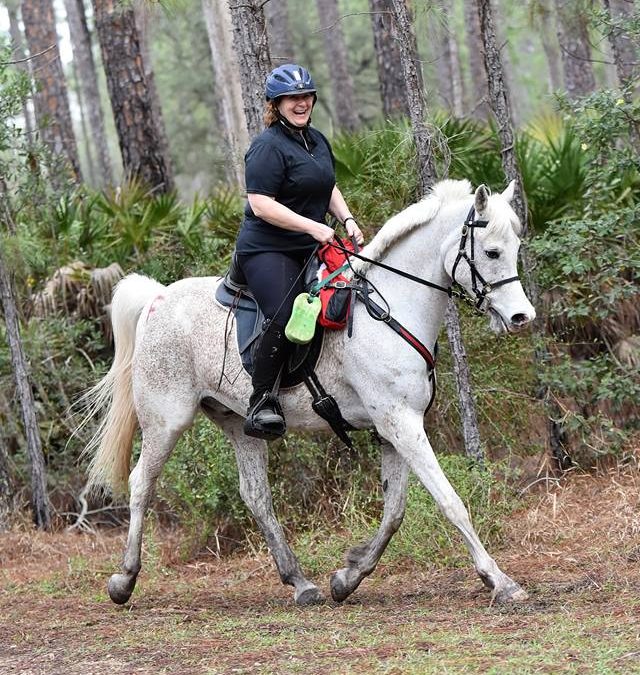 I’m not talking about the fifty-mile distance, I’m talking about the half-century mark of longevity, the hallmark birthday when the AARP begins to send you postcards, the age at which (I read and now believe, based on a one-rat self study) women become invisible.

I hit the big 5-0 in July without much fanfare. Some time with family friends at my brother’s family pool, amazing margaritas with my bestie, no big whup. In a moment of vain frivolity, I got myself a set of eyelash extensions — Anita laughed in horror and told me it looked like spiders were crawling out of my eyes.

But there are some realities about this age, and some things which simply cannot be denied if you’re a Face Reality Head On type of girl.

That leads me to this blog.

Not quite a year ago, we bought a new horse who we call Iggy, 11 yo, work ethic dubious after a three year stint of underemployment, but square, solid, not spooky, quite smooth and sane. We did a 25 mile ride and the tough Vermont 50 in July, but then we started to have some issues.

Iggy’s work ethic, previously just balkiness, had become something new. When conditioning with his undoubtedly fitter and faster barnmates, when left behind, rather than just sighing and slowing, or digging deep to find the ability to keep up, he threw what could only be described as temper tantrums. Or what felt like temper tantrums anyway. I found myself on the ground more than once, but more critically, afraid to hit the ground nearly constantly.

Richard offered to ride him so I could ride Sarge and watch his misbehavior.

Different saddle, different rider, same behavior and as I watched him from a canter on Sarge, torso turned in the saddle (as you could do only from Sarge, bless him), Iggy did it. Legs spread, he’d brace not quite to a stop, then he’d throw his head up and jump straight up in the air (no, not a buck, and I blame Ned for sending him this idea from the Great Beyond). Richard, whose seat has always been better than mine, gracelessly thumped him forward, and our ride progressed.

This needed fixed. I knew I wasn’t up for the task (that ol’ bastard Fear breathing down my neck and see above regarding my seat) and suspected Richard’s techniques might just escalate the battle. So I called my dear friend, Gene Limlaw, a horse trainer and endurance rider who now resides in Florida. He’d coached me over the phone on some past Iggy Issues and we rode the first loop of the Vermont 50 together in July, so he’d actually met Iggy. Would he take him for a 30-day Boot Camp over the winter? Of course!

Arrangements made, and down he went.

Gene called me laughing at Iggy’s antics. Yes, indeed, he had some tricks up his sleeve, which Gene, like any good horse trainer, quickly squelched.

I found myself doing some work travel to Florida, visited with Gene and rode Iggy. The Notorious I-G had a couple of moments during our ride, and Gene (in his oh-so-Gene way) coached me. I learned that at the first sign of trouble, I was instinctively throwing away the contact, some oddly-conceived notion that since his resistance was to going forward that I should make sure the front door was not only open but completely removed from the hinges and driven to the nearby dump for disposal. There was no reason I could not maintain the contact AND send Iggy enthusiastically forward. I muffed the homework assignment again during a little mischief, and got corrected again. (Good heavens, what was WRONG with me!?)

Gene, in his kind low-key and humor-filled way, encouraged me to ride him every stride as we trotted down the trail in a metronomic tempo. “Bend him right just a little, ask for a few steps of leg yield, just because you can. Good boy. Now flex him left and send him a little more forward for a few strides, then back again.”

It was simple, really, as most horse training techniques are. If you have a horse with issues regarding submission, you work on submission in little layered ways, with lots of ‘thank you’ moments where you don’t ask, quick to correct and just as quick to leave the horse alone. I was giddily grateful. I could do this. I should have known to do this all along. When I lamented my embarrassment to Gene, he was quick to wave it away — “we all get stuck sometimes.”

But in the coming week or so, Gene noticed some asymmetry in Iggy’s travel. Was there some physical aspect to all of this? (Kids, you heard it here first, or for perhaps the seventy-eighth time, there almost always is!)

Scott Hie came out to work on him, and sure enough, plenty of physical issues going on. Iggy’s had bodywork and other than one brief stint with a few NQR steps last summer, no evidence of any soreness on palpation. Tough bugger. Gene noticed an immediate improvement in his way of going and his attitude.

We opted to pick Iggy up from Florida by bringing Wynne and Sarge down, camping a few days with Gene and Dale, and then hitting the Gator Run two-day ride in nearby Williston, before heading partway back north to do some consulting work for a client in South Carolina.

We did some little warm-up rides at Gene’s. Iggy felt great. Gene rode him one day while I rode Sarge, and they cantered down the trail, and I was amazed, having never seen Iggy so forward and covering so much ground with willing ease.

Sarge and Richard completed the Gator Run 50 on Friday, no speed demons in the heat, but achieving Sarge’s 3,000 AERC miles (unbeknownst to us at that time.) 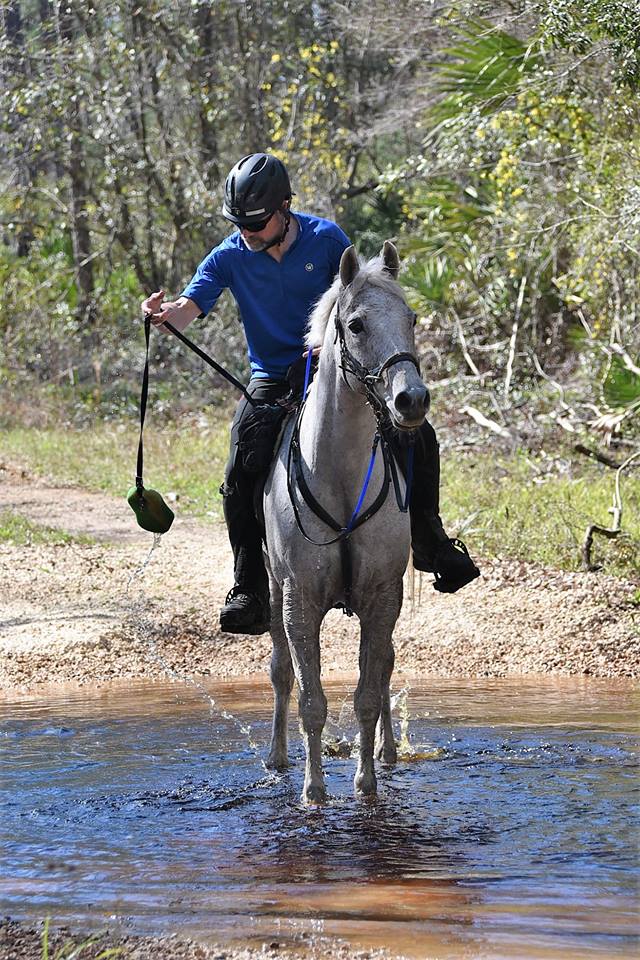 On Saturday the plan was for Richard to ride Wynne, me to ride Iggy and Gene to ride a client’s horse, Famous, all in the 25-mile LD ride.

For some reason, I was anxious. Wynne was a lot of fire-breathing energy, the pace in Florida can be fast, it was going to be warm, I was neither riding fit nor heat-acclimated. Richard agreed to start the ride with us to ensure Iggy didn’t have any warm-up separation drama, and he stayed behind us uneventfully for the first 4 or 5 miles (although trust me, we could feel the heat from Wynne). 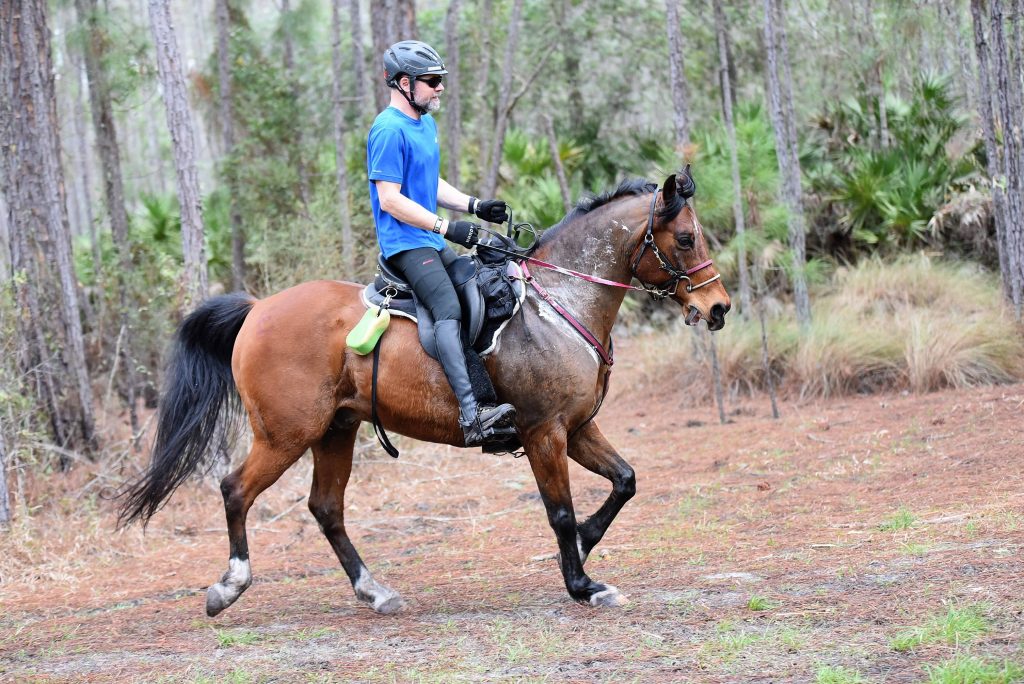 We sent Richard off ahead, Iggy did not seem to notice. Gene and I kept a steady pace throughout the ride. Wynne had a bit of trouble with the heat at the mid-point hold, so that was a bit of a distraction, but we headed out on the second loop with Iggy doing all of his wonderful Iggy things. Eating, drinking, taking unusual sights in stride, leading, following, traveling side-by-side with Famous. Gene and I gossiped and laughed and it was a wonderfully uneventful ride. 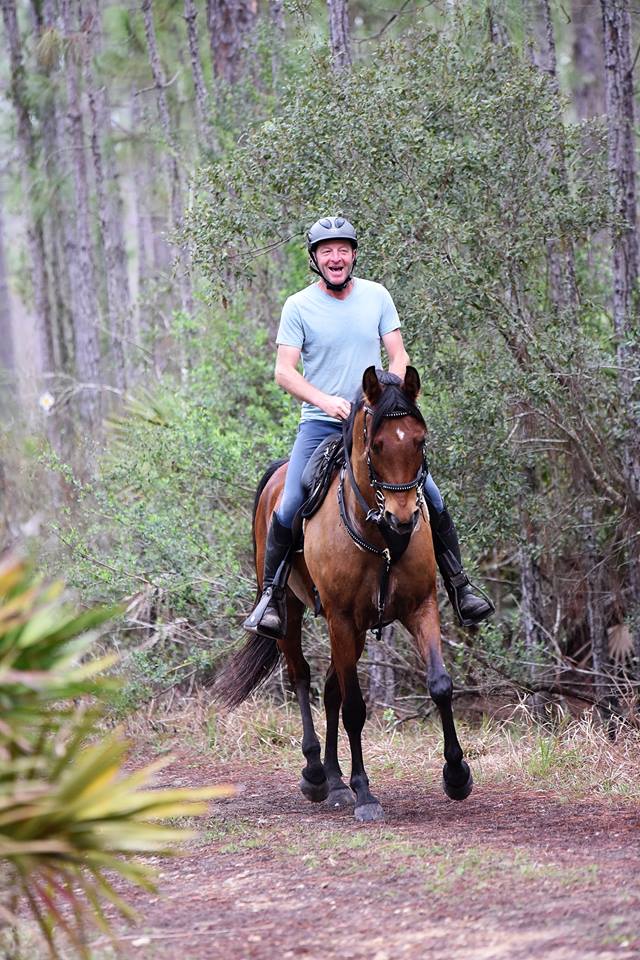 Gene (laughing of course) and Famous. Photo by Tre Wheway.

At some point I was cantering along on the second loop, on the buckle, examining a hangnail on my free hand.

Gene pointed and laughed. “Not too afraid, I guess … ”

I’ve been riding since I was seven years old. I used to be the person who would ride someone else’s difficult horse.

Times have changed and as noted above I don’t give a single eff about saying so. 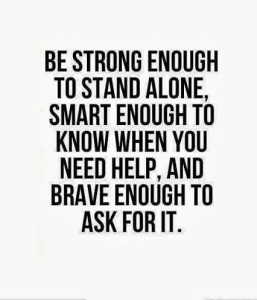 A week or so after we got home, Richard and I took Wynne and Iggy out for a little stroll in the woods.

Wynne was, no surprise, full of himself and when he got tickled in the belly with a branch, he sproinged and carried on and unseated Richard, a very rare event. He was okay and re-mounted and we carried on. Iggy, I could feel, was picking up the energy.

We started up a hill, and it happened, Wynne leading, breathing fire and pulling on Richard. Iggy braced and leaped and for a nano-second I went on autopilot, throwing my hands forward, goodbye contact!

I recovered, picked up a feel on both sides of Iggy’s mouth, got him back and sent him forward. A few shenanigans almost happened, but leg on + contact quickly ended the discussion. In fact, Iggy so clearly telegraphed his I’m-going-to-act-out-now moments that he basically invited me to ask him for a little flexion, put on a leg in a “hey, no way, dude, you’re in school” way with a “yes, ma’am” answer of forward submission. As I texted to Gene later, “the good news is that Iggy is too lazy to fight for long!”

I had moments this summer and fall, thinking perhaps Iggy and I just weren’t a match. Not that that was a crime or a character flaw on either of our parts. But he’s got so many lovely traits — confidence, sanity, a pervasive cheerfulness, and he finds the sport physically and metabolically easy (as long as he doesn’t have to go too fast), and bottom line, I just adore his silly little-bitty-headed self.

Sometimes, when you grow up, for me sometime around the half-century mark, you know when you need a little help over a hump.