A Silly Look at the Various Equestrian Disciplines! (an oldie but goodie) 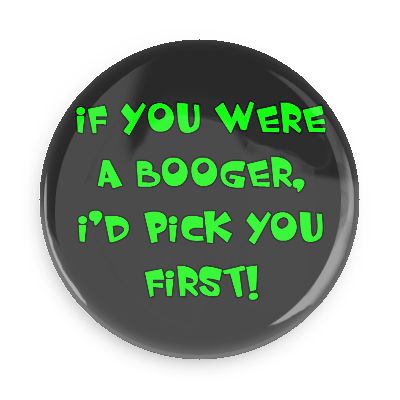 [Note: On Facebook this week, a funny little document started circulating and was shared all over. To the poster’s credit, they said they didn’t know who wrote it. It sounded more than eerily familiar to me.

Back in 1998 or 1999, I was new to the internet. At that time, before Facebook and Twitter and Instagram, there were discussion boards and bulletin boards, and horse people (just like every odd group of people united by some perversity) started to congregate. I became ‘internet buddies’ with a group of mostly horse-women, many involved in dressage (I was competing in dressage and just starting distance riding at the time), but I must say it was a fairly diverse crew. What we shared was an often-twisted sense of humor. At some point, based on a fictional character we created called “Insterbooger” (a nod to an Insterburger, which is a non-subtle way of punishing a horse’s mouth with the bit) — we became “the Boogers.” And many of us are still friends today, both on the ‘net and In Real Life. I’ve had crewing on 100s from several boogers, in fact. They’re good peeps. One just visited me from Australia last week. No joke.

But back to this funny little essay …

As I read it, I knew it was familiar. I shared it with the Boogers — “Didn’t we write this?”

Sure enough. We had. The original version, back in 1999. Note the reference to the 2000 Olympics. God, I’m old. One of the Boogers had cut it and pasted it and saved it as a MS Word document way back then on her hard drive. So I present it to you here today, in its original form.

And let’s just say it was written by The Boogers.]

The NH (Natural Horsemanship) devotee looks like a throwback from a Texas ranch, despite the fact that he grew up in the suburbs of NJ. Rope coiled loosely in hand (don’t want to send any messages of tension, after all) in case he needs to herd any of those kids on rollerblades away from his/her F-350 dually in the WalMart parking lot. Cowboy hat is strategically placed, and just soiled enough to be cool. Wranglers are well worn, with that little wrinkle above the instep of the ropers, and lots of dust (well, you know, from the round pen) on the lower legs.

The DQ (Dressage Queen) is freshly coiffed. Not even she remembers her own hair color, but she has taken great pains to ensure that Rolf, the hairdresser, makes the perm and highlights look “natural.” Diamond studs are elegant and stately, and not so large that they blind the judge during the entire passage-piaffe tour. $30 dollar denim jumper worn over $300 full seat white breeches and custom Koenigs.

The H/J (Hunter/Jumper) competitor is in an aqua polo and those breeches whose color could be compared to, um, well, okay, let’s say they’re khaki. The polo is so that folks will think they’re a jumper rider until they put on their shirt and stock tie. Baseball cap is mandatory after a ride, in order to provide free advertising to that trainer’s stable for whom they shell over a mere grand or so per month, and to hide “helmet head.”

The Endurance addict is wearing lycra tights in some neon color. Has not read the rule that lycra is a privilege, not a right. The shinier, the better, so that they can find her body when her mount dumps her down (another) ravine. Wearing hiking sneakers of some sort and a smear of trail dirt on the cheek. Sporting one of the zillions of T-shirts she got for paying $75 to complete some other torturous ride. Socks may or may not match (each other).

The Backyard Rider can be found wearing (in summer) shorts and bra, (in winter) flannel nightgown, muck boots, down jacket. Drives a Ford Tempo filled with dirty blankets and dog hair. Usually has deformed toes on the right foot from being stepped on in the WalMart sneakers that are worn for riding. Roots need touching up to hide the grey. Two-horse bumper pull behind barn filled with sawdust/hay. Can be found trying to teach her horse to come in the kitchen to eat so she doesn’t have to walk all the way to the barn.

Rusty is the quintessential NH mount. Rescued from a situation where he was never initiated in the NH ways, he’d learned to run down his owners at feeding time, knock children from his back under low hanging branches, and could even spit like a camel if provoked. The embezzlement has never been proven. The hospitalization tally for his handlers was twelve until he met Spherical Sam. After twelve minutes in the round pen, he is teaching algebra to high school freshmen, speaks three language fluently, and can put on his own splint boots (with Spherical Sam’s trademark logo embossed clearly).

Fleistergeidelsprundheim (“Fleistergeidel” for short) is an 18-hand warmblood who was bred to make Grand Prix in a European nation where his breeders are still laughing hysterically when they talk about ‘zat crazy American.’ Despite being runty, his owner fell in love with his lofty gaits, proud carriage and tremendous athleticism. Never mind that this talent was not revealed until he was chased down by a rabid raccoon, and has not been repeated since. Has been injured sixteen times in the last year, preventing his move to PSG at age 6, despite living in a 20′ x 20′ padded stall and providing family-supporting wages to a groom whose chief job duty is “don’t let him get hurt!”

Neverbeenraced is a prime example of American Thoroughbred. The coat is deep bay, no markings, the textbook TB head, and no unusual conformational characteristics. Perfect, just perfect. Overcame a near fatal flaw in his H/J career when he learned that the plants in the jumps are NOT real, and therefore did not require him to stop and taste. Has learned to count strides all by himself, and asks in midair which lead his mistress would like today.

Fastnhighasican is a Thoroughbred track reject who never won a single race – perfect eventer! He has two speeds, gallop and stopndump, and they are used, at his discretion, for all three phases of eventing, although he has some creative variations of gallop to spice up that boring dressage. There is the gallopdowncenterlineandrear, the gallopdepartandbuck, the extendedoutofhandgallop, and, a favorite among spectators, the gallopzigzagpirouette in which the gallop is performed entirely while hopping on his hind legs. His favorite phase is cross-country where all obstacles regardless of size are jumped at the height of 5.5 feet, and because that is where he gets to employ his personal favorite movement, the stopndump. This is the most fun when performed at cross-country water obstacles where his person invariably stands up soaking wet in the murky, smelly water and threatens to sell him to Fleistergeidel’s owner while he follows up with another fun gallop variation, the imfreeandyoucantcatchmegallop, another crowd-pleaser.

Al Kamar Raka Shazaam was often called “you bastard” until he found an owner as hyper as he, an endurance addict. Can spook at a blowing leaf, spin a 360 and not lose his big trot rhythm or give up an inch to the horse behind him. Has learned to eat, drink, pee and drop to his resting pulse rate on command. Has compiled 3,450 AERC miles, with his rider compiling 3,445 — those five miles being the ones he was chased down the trail after performing his trademark 360 turn, without said aforementioned rider.

Snook’ems is the barkyard rider’s horse. Big head; stride of a gerbil. Duct tape holding shoe on until farrier gets out next month. Has a little qtr, arab, standerdbred, tw, shetland blood. Mane cut with scissors straight across. He’s been there so long she forgot how she got him or where he came from. Frequently seen ambling around the yard. Been known to join family picnics on the back porch.

From the NH Devotee — “Well, shucks ma’am, tweren’t nuthin’!” “It’s simple horsemanship.” “With this special twirly flickitat’em rope ($17.95 plus tax), you’ll be round-penning like me in no time.” “You silly human, that just ain’t natural for a horse.”

From the DQ — “Oh no, he’s hurt again?!” “The check is in the mail.” To Herr Germanlastname: “Can’t you tune up those one tempis for me?” To the groom: “Get me that mounting block — can’t you see my nails are still wet?” To the show manager: “That footing has ruined my chances at Olympic Gold in 2000, I’ll have you know.” and “What were you thinking, stabling me next to that nobody? That horse could be *diseased*!” To anyone who will listen: “When I had dinner with Hilda / Lendon / Robert . . . ”

From the H/J Competitor — “Did you tell Neverbeenraced how many strides between Fence Four and Fence Five — I can never remember!” “Is my butt sticking out enough when I post?” “Oh no, I can’t jump 2’6″, my trainer will KILL me!” “I can’t wait to do jumpers with Neverbeenraced — then we can wear one of those tasseled ear covers!”

From the Eventer — “I broke my collarbone/ribs/ankle again last week, but I’ll be fine for the jog-up tomorrow.” “How do you get pond water out of saddle leather?” “Did you see our showjumping where Fastnhighasican bounced the two stride combination?” “Did you see our final gallopdowncenterlineandrear? I think he is finally starting to relax in dressage.” “Oh, it’s just a little concussion. Have you seen my horse?” “OOOOHHHHH SHIIIIIIIIT!”

From the Endurance Addict — “Anyone have Advil?” “Anyone have food? — I think last year’s Twinkies finally went bad.” “For this pain, I spend money?” “Oh I never bring hay or water to the vet checks — there’s always plenty around.” “Quick, quick, did you look, was his pee okay?” “Shazaam, you bastard — it’s just a leaf [thud]!”

From the backyard rider: “It’s too hot/cold/wet/dry to ride.” “I used to show.” “Where’s my Metamucil?” “Has anyone seen Snook’ems… last I saw him he was across the road in the cornfield.” “Here’s a picture of Snook’ems when he was 43 years young!” “Snook’ems stop slobbering on me.”